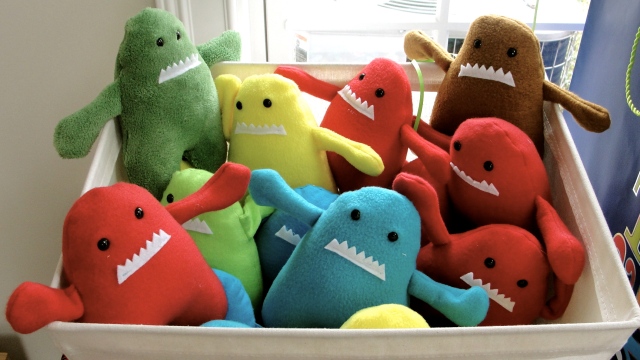 I’ve been meaning to share a bit of what I ended up doing for Joseph’s birthday party. For those of you that follow me on Pinterest, you might have noticed that we were having a “Friendly Monster” theme. I had an overwhelming amount of ideas for what to do. After considering the limited amount of time I had available, I distilled it down to these few things to focus on.

I made an “Adopt A Monster” bin, having each child bring home a little guy as part of the favor bag. I fell in love with this idea when I first saw it, and knew that if I only did one homemade thing for the party, this was it. I already had this pattern, and they were fairly quick to make. I decided to use fleece that I found in the remanent bin at JoAnn’s, however, these would be just as cute in different fabrics.

I also made up the “Monster Eggs” bags. I got a ton of jelly beans -yes, I picked out all of the black ones! – and portioned them out in glassine treat bags. Then I took some card stock and stamped the lettering on there, added a sticker, and voila! 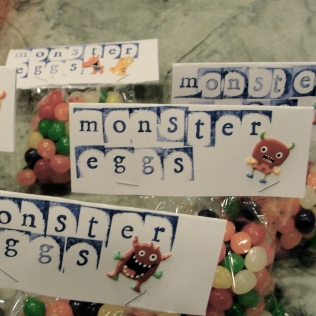 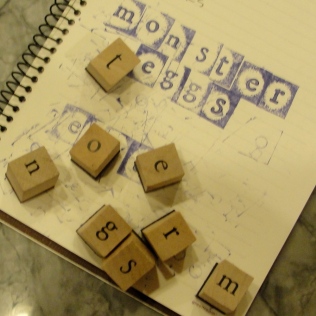 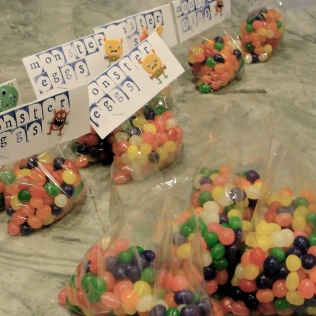 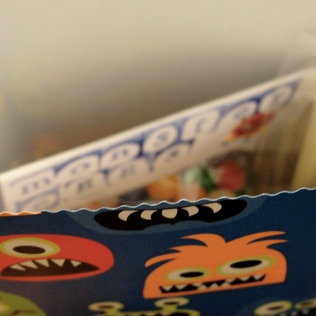 I also made some of the garland to hang using this simple tutorial. I bought some tissue paper on clearance and used some yarn I had already on hand to string it up. Shawn and I got them all made in one evening watching TV. I was so happy with how it looked and it cost me pennies! 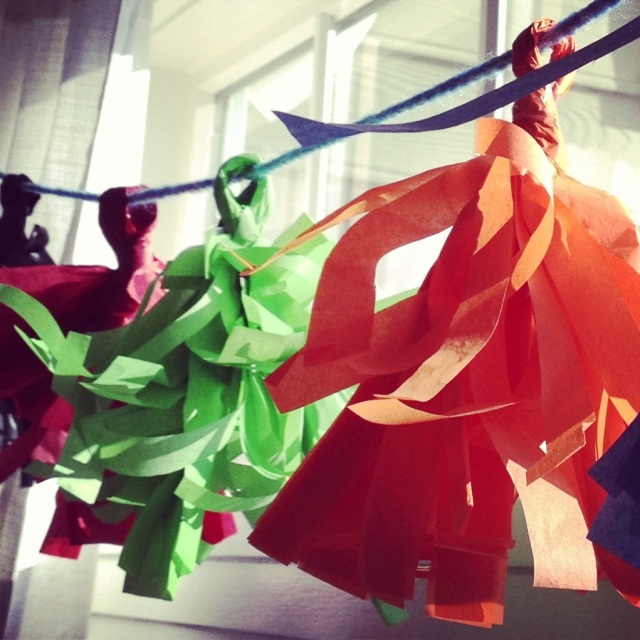 Last but not least, I printed out each of Joe’s monthly photos and used spray adhesive to attach them to some canvases I got on sale at the craft store. Shawn and my dad hung them all for me using 3M hooks. I actually still have them up for right now, I love looking at them. 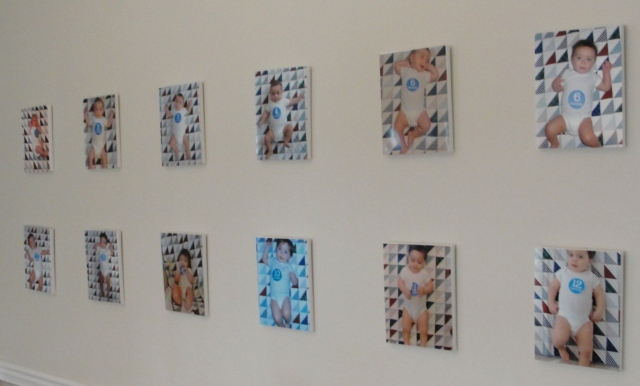 All this being said, I really could have gone overboard on the craftiness. I think that is a side effect of Pinterest, all these wonderful ideas and beautiful photos, you get to the point where you think you are crazy if you DON’T make a million individual cupcakes and matching paper drinking straws to your homemade origami napkins. These are the things that I wanted to do, however I also augmented my decorating with store bought banners, balloons, and used fabric yardage as a table cloth. I also farmed out the food to a caterer (pasta and italian beef sandwiches) which cost less than buying everything and making it myself, not to mention saving me from a mental break down in the kitchen the night before the party while I wept into the spaghetti sauce. (Ahem. . . it’s happened.) I also ordered his cake from a bakery. I was getting where I was panicked about making it “perfect” and Shawn looked at me and said something along the lines of “You’re nuts, order a damn cake.” Thank God for that man. It was delicious and adorable and I didn’t have to freak out trying to make the monsters “cute enough” or that it would list to one side like a drunken sailor.

All in all, I was super happy with the party. All the people we love were there to help us celebrate Joseph’s first year and that is all that really mattered.